Important: Exemplar LINK will be unavailable between 12:00pm AEST June 11/9:00pm CDT June 10 and 12:00pm AEST June 15/9:00pm CDT June 14 so we can complete important system upgrades. We apologize for any inconvenience caused. Please contact support@exemplarglobal.org with any enquiries.
Nov. 11 marks the celebration in the United States of Veterans Day, known more widely around the world as Armistice Day or Remembrance Day. This is a time to reflect on those who have served in their countries’ military. 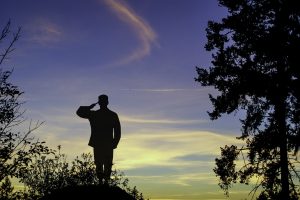 iNARTE, as many know, has military ties, having been created at the request of the U.S. Navy, which sought to have a credible and respected certification entity to credential engineers and technicians in vital areas.

Since 2016 the managing director of iNARTE, Christian Thornton, has gone to great lengths as a 12-year Navy veteran himself, to reaffirm and strengthen the ties with the U.S. military and the overall veteran community. iNARTE established programs to help veterans achieve certification and recognition from their time in active service. This has included removing application fees for service members and veterans, and engaging with payment programs such as the COOL programs to help veterans gain their certification at no direct cost to them.

To all service members past and present, all around the world, thank you for your service and welcome home.